A Juvenile In Prison Longs for the Night Stars 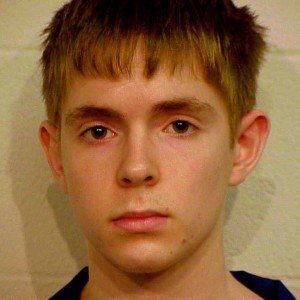 There is a distinctive “ting” when metal snaps: a sharp, high-pitched note reverberates through the air long after the metal stops vibrating.

“Shit,” I grumbled under my breath.

The small piece of metal had broken in my hand, not cutting me, but pinching a painful blood-blister on my index finger.

Anything that makes your adrenaline rush, your heart palpitate and your blood pressure nearly explode out of fear because you’re doing something you know you shouldn’t be doing, makes doing that thing a lot harder. But some people live for that feeling. Some people take pride in it.

I was just trying to overcome it.

I was sitting on my three-inch thick solid-steel slab of a bunk, covered with a polyester rip-stop lined mattress with holes in it that revealed stuffing that looked a lot like asbestos. Now, at age 16 and in the dark, I was trying to use my small fingernail clippers to snip through the individual metal wires that made up the mesh barrier. But the clippers broke before cutting through even one 1/16-inch-thick strand, giving me a blister in the process. I punched the stupid screen in frustration, scraping my knuckles.

I picked up the sharp, broken piece of the nail clippers and thought about using it to scrape away the caulking and mortar that held the screen in place. But I decided that was too drastic. I wasn’t trying to escape or anything (not that my family or friends would have taken me in. And, being 16, I had neither the know-how nor looked old enough to make it on my own).

I was just trying to see the stars.

At that point, I had been in that maximum-security prison for Michigan adults ages 13 to 21 for about three months, but I had been incarcerated for over a year prior to that, starting with the juvenile-detention facility where I was held during court proceedings.

Those windows had the same steel-mesh screens, so thick and dirty you could barely see what color the sky was. I saw the moon once during the year I was there — a partial glowing orb like a far-away street-lamp, just barely peering through a silhouette of industrial grey — and I laid on the cold floor, which often crawled with bugs, to stare at what was indistinguishable from a lightbulb. Until, that is, the security staff ordered me to get back on my bed.

A teen gang banger — older, physically much larger, and covered in tattoos — tried to extort me out of the peanut-butter cookies I had received as a snack. When I stood up and challenged him to just try to take them from me, he backed away, but not before taunting me (knowing that I was probably headed for prison), “Fuck it… it’s not like you’re ever gonna see the light of day again.”

I had been through too much for that to sting, and years later, that guy ended up in prison with a life sentence. But while I’m sure that never “seeing the light of day” would be its own sort of Hell, it’s one that I’ve never feared or had to experience.

What I truly feared was that I would never see the night again.

After being sentenced as an adult at 15 years old, I couldn’t remain in juvenile detention, so I was transferred to the county jail. But there I was too young to be in with the adults, though legally I was one now. Sort of.

I was thrown in the only place they had room for me — the psychological solitary confinement wing. The lights never dimmed there. There were no clocks to guess the time, no windows to tell whether it was night or day. Nothing, not even a human being, was in sight.

In this perpetual unending day, I longed for the night.

I spent a week there, then another two in the state prison intake center where, when I was escorted across a fenced-in field for examinations, I could see the morning and afternoon sky. But inside the Alcatraz-like cell block, there were no windows that allowed you to see outside.

I was transferred to the maximum-security part of the prison in Michigan’s Thumb region, where the windows were so thickly covered in decades of dirt that little was visible beyond them. While we were allowed more time in the fresh air than I had probably averaged growing up, all activities ceased before sundown.

Six months later, 18 months after my incarceration, I enjoyed a nice, long visit from some of my family (who fortunately lived less than an hour away). The visit lasted into the creeping late Fall night. After watching my loved ones leave, doors shut between our faces, and enduring the requisite strip-search, I was cleared to go back to my unit.

I walked out into the night. Above me, my mouth agape and my eyes wide open, was the brilliant night sky full of stars. My regular stride is about three feet from one heel to the other foot’s toes, but I walked the distance in inches. Other teenagers ran by me, apparently eager to return to their cells, while a tear caressed my cheek and I stared at the sky.

Growing Up in Prison

Becoming a Man in Prison

Though the security lights made my pupils contract, the stars appeared more vibrant and vivid than ever. It felt as if the night itself, in a voice that echoed through my heart, was speaking only to me, saying, “You haven’t seen me, but I’m still here.”

It took me 20 minutes to walk the 400 steps back to my unit, hurried only by the shift-change that mandated my arrival. I got back to my room and shut off the light. Shortly after my roommate went to sleep, I cried in the dark for what felt like an hour.